Posted on November 11, 2019 by Patricia Gilbert 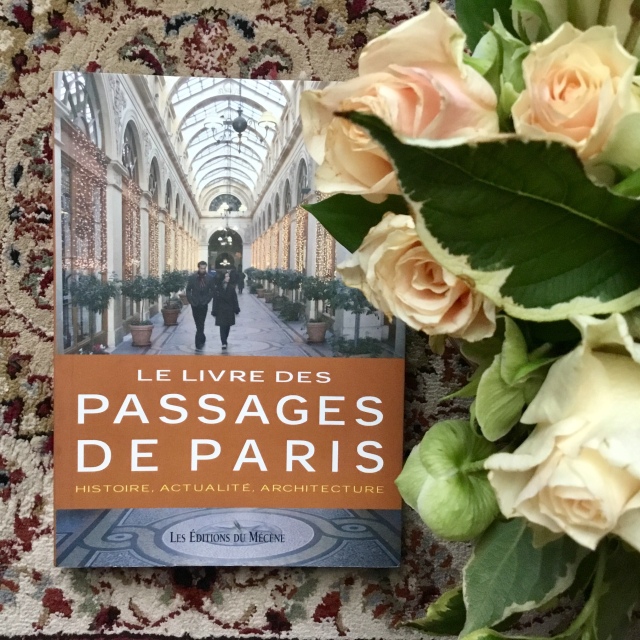 I have long loved the covered passages of Paris, those boutique-lined, glass-roofed vestiges of another era of shopping. Years ago, I saw a photo exhibit about them at Les Antiquaires du Louvre (now such a sad, abandoned shell) and bought the accompanying book. I slipped it on my bookshelf, and there it sat for a decade. I’ve been reading all that back stock before allowing myself new books and finally turned to this one. I’m kind of sorry that I did. 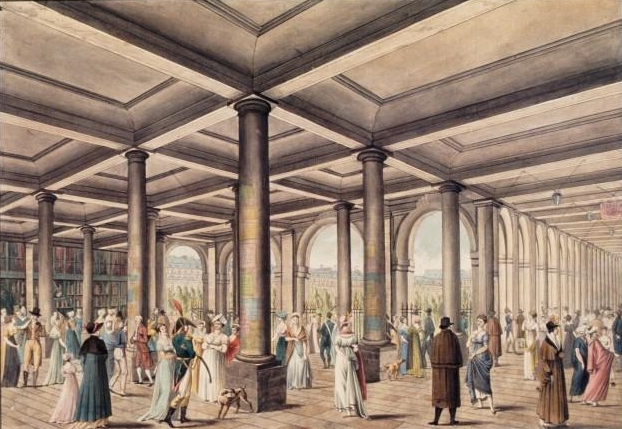 I knew that the Palais Royale, opposite the Louvre, had been a precursor to the covered passages, and I also knew that it had been a “pleasure garden” at night, but I hadn’t known much about the women who worked there and in the passages around  it. The book revealed that the “romance” of these shopping arcades often had a lot to do with taking advantage of poor women.

There was a whole hierarchy of prostitutes. Les castors, (beavers) were at the pinnacle of this sorry group. They were further subdivided into demi-castors, castors, and castors-fini. Their relative status decided whether they had to work the garden and alleys, the arched galleries, or the terrace of a café in the Palais Royale. Balzac wrote about the whole sorry business in Illusions perdues, but took the point of view that the prostitutes were the hunters of hapless male prey. Five or six hundred women worked the Palais Royale each night in the mid-1800s. 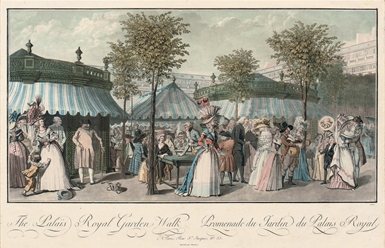 Less “fortunate” women worked in the covered passages nearby. They were known as hirondelles (swallows) or rossignols (nightingales). Then there were the grisettes (warblers) and lorettes, shop-girls, who augmented their meager salaries by becoming prostitutes after hours. Often, those who owned the shops made the arrangements with this other sort of client, for a cut of the fee. There was the account of the arrest record of a widow who had met clients in the public toilets of one of the passages for forty years. I felt ill reading that. 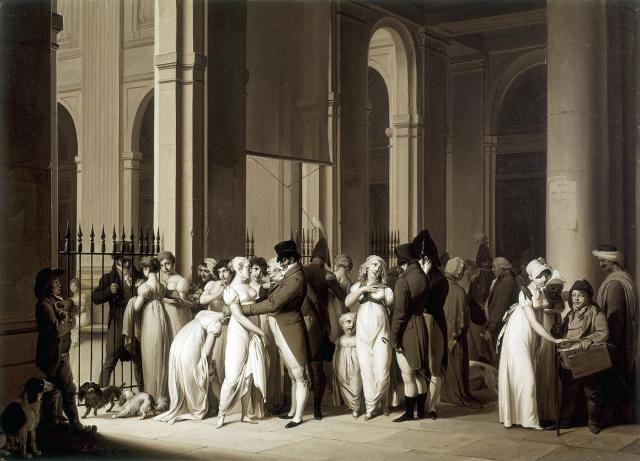 And if that isn’t sad enough, then there were the wives and daughters of factory workers who, after their own day in the factory, were expected to work “l’heure du travail supplémentaire,” or overtime, as prostitutes in one of the passages. Karl Marx wrote all about this when he lived in France from 1843-45. 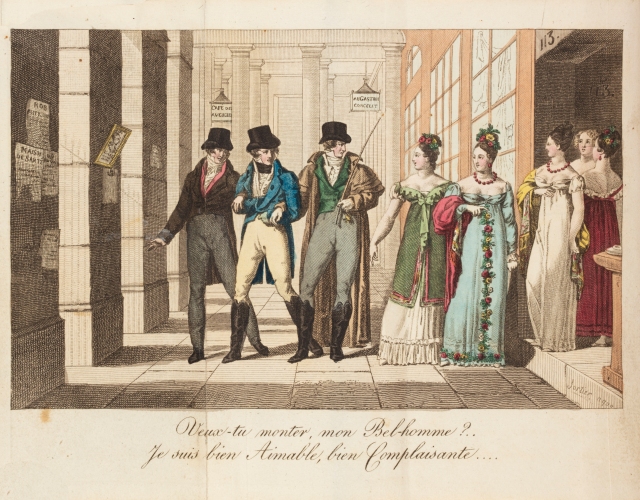 I felt so sad for all of those women who had no options, and so grateful to live in a time when I have an education and a very different kind of job. I’ll certainly look at the covered passages through different eyes from now on.

Patricia Gilbert is a French teacher. She's Canadian, lives in the United States, but dreams of living in France. Follow her on Instagram @Onequalitythefinest and on Twitter @1qualthefinest.
View all posts by Patricia Gilbert →
This entry was posted in History and tagged Castor, covered passages of Paris, grisette, hirondelle, l’heure supplémentaire du travail, lorette, Palais Royale, prostitution. Bookmark the permalink.